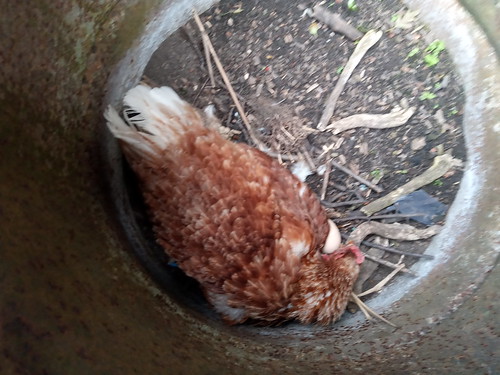 We have only had one hen go broody this year. We normally have more than this and they tend to go broody in awkward places. Not so this time. This hen has gone broody in on old oil drum. Instead of letting her sit on real eggs, we have given her 3 fake eggs. By the time she has done her three weeks, we will give her chicks which will have hatched in one of the incubators by then.
Posted by Jonathan Wallace at 19:58 No comments: 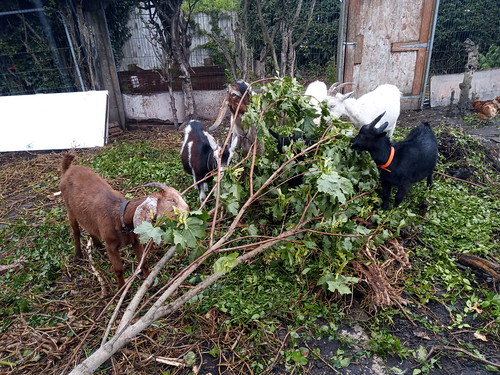 This branch literally was a windfall. It was blown off a tree during a recent gale. The tree is opposite the entrance to the Whinnies. The branch was left on the grass verge so I saved the council the task of removing it. Nice food for the goats. And then, when they finished with it, I chopped it for firewood.
Posted by Jonathan Wallace at 19:50 No comments: 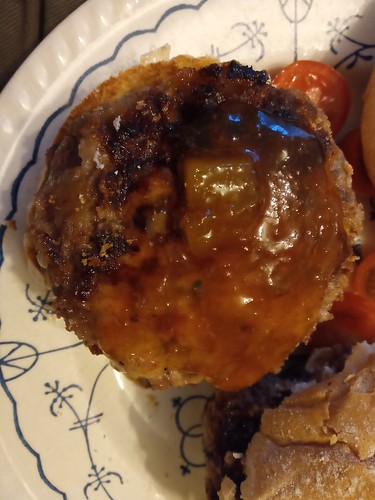 One of our friends gave us yet more pigeons recently which he had shot and clearer from a nearby field. At the same time, another friend gave me a pork joint from the other half of the pig we got in a swap (we paid for our half pig with two goats that are now pets). The pork joint wasn't wanted as my friend feared it would be too tough.

Instead of putting ever more pigeon breasts into one of our freezers, we put them through the sausage making machine which ground them up. We did the same with the pork joint (having removed the fat which will be rendered at some point soon). We combined the pigeon and pork with some breadcrumbs and a jar of mango chutney to make a rather nice sausage meat. The subsequent burgers were very pleasant!
Posted by Jonathan Wallace at 19:19 No comments: 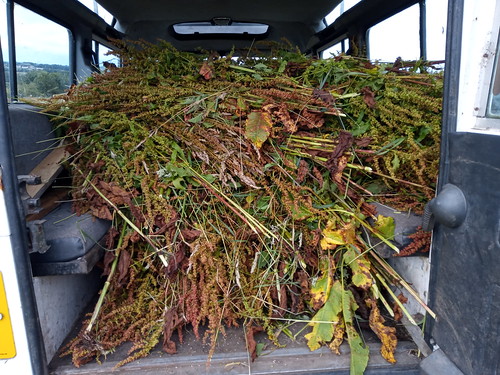 We have a great deal of dock growing on our main field. It doesn't make the best hay so we have been using a bill hook to cut it and feed to the billies and the sheep. They love eating the flowers though the stalks are of less interest to them. More recently, I filled the land rover with dock and brought it back to my livestock plot to feed to the nannies. They loved it, which was useful, given the quantity we have.
Posted by Jonathan Wallace at 19:12 No comments: 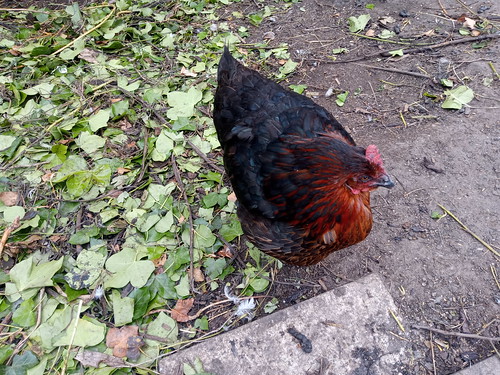 This is Houdini. She is our oldest chicken and, indeed, was in the first batch of 6 chickens we got back in 2011. At 9 years of age, she is actually the oldest animal we have other than our cat. In chicken years she must be well over 100 yet she is still going strongly and still lays an occasional egg. Long may she continue.
Posted by Jonathan Wallace at 19:08 No comments: 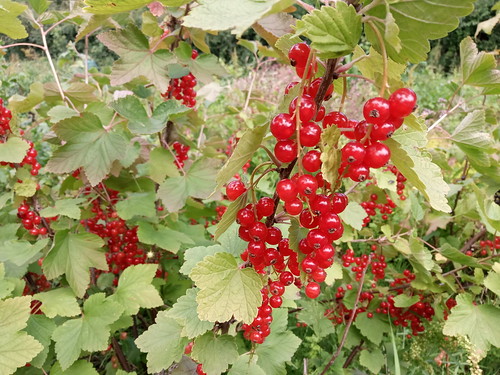 Much of our time yesterday was taken up with picking soft fruit. We had blackcurrants, gooseberries, redcurrants and raspberries to pick. The gooseberry crop in particular has done well. 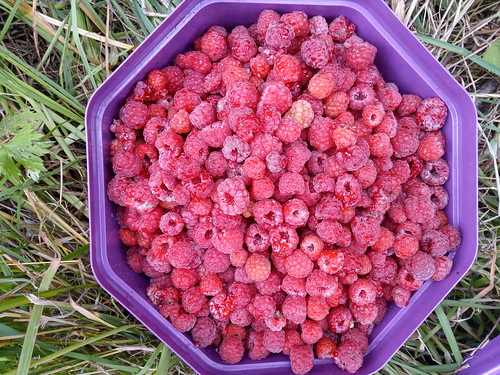 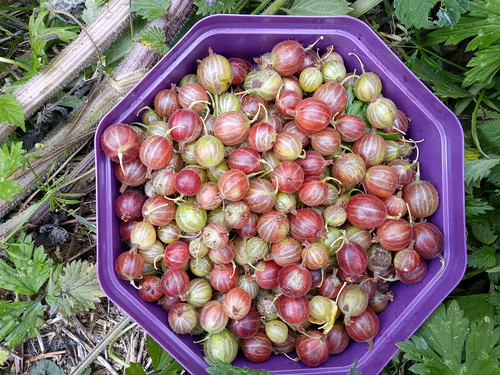 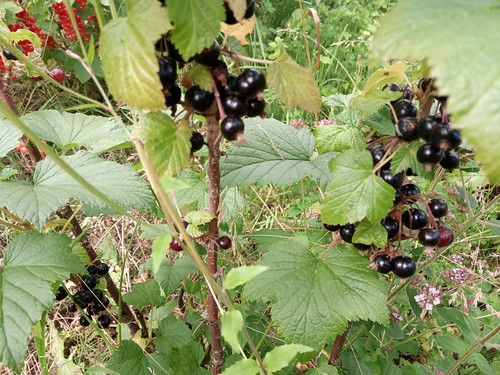 It does however mean that this week we will be occupied with preserve making. Fortunately, we have lots of jam jars to use.
Posted by Jonathan Wallace at 19:01 No comments: 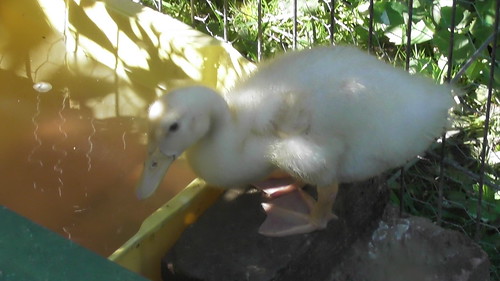 Our ducklings have doubled in size since we bought them 2 weeks ago. As a result, we have had to double the size of the duckling run. The ducklings won't be there for too much longer. We will be building a new chick run on our livestock plot and the ducklings will go into that, along with the chicks that are currently in the back garden. The arrival soon of 30 chicks has focused our attention on chick and duckling accommodation. And the incubators are still hatching eggs and will do up to the autumn. 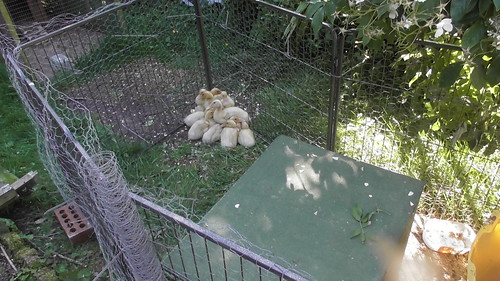 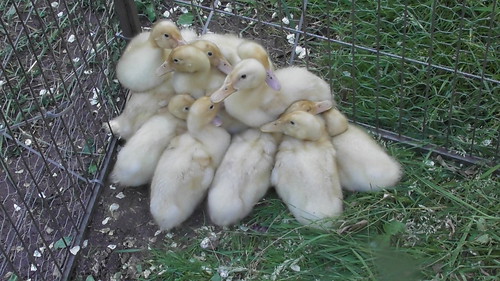 Posted by Jonathan Wallace at 11:10 2 comments:

Treating a sheep for blowfly strike 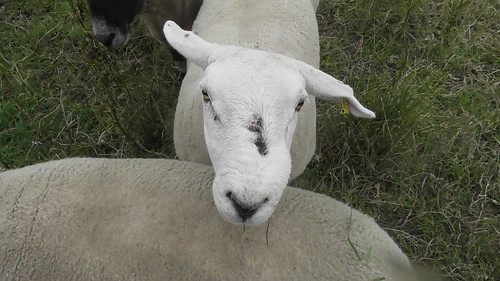 This is Dot, one of our new sheep. As you can see, she has an injury on her face. This was the result of a dog attack when she was still a lamb. The injury attracts blowfly and we discovered fly eggs in it. By the time we got back with the blowfly repellent, we found she had already scratched off the fly eggs. We gave her the repellent anyway. It lasts for up to 16 weeks. Trying to catch her however to give her the treatment was something of a challenge! 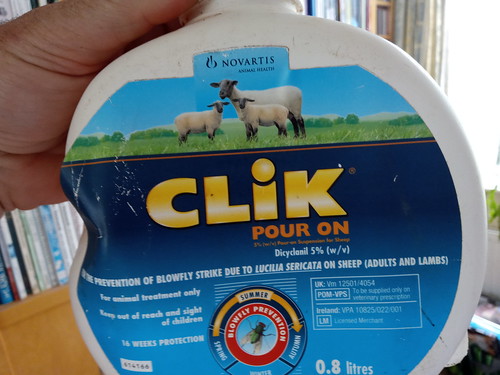 Posted by Jonathan Wallace at 11:01 No comments:

The Australian bushfires at the end of 2019 served as the latest stark reminder that climate change is happening — and happening fast.

Earth is now the warmest it has been in more than 120,000 years, with 19 of the 20 warmest years on record all occurring since 2001. Calls for action on climate change had fallen on deaf ears for almost 20 years, but now it looks like may be reaching a turning point thanks to the fact the UK legislated for Net Zero in 2019 and the Paris Agreement has been set worldwide. So, can we still save our planet?

In the UK, the court of appeals has ruled plans for a third runway at Heathrow Airport as illegal, in the wake of the British Government’s target in law for a net zero emissions by 2050.
Such is the escalating nature of climate change that many scientists have started to practice what they preach and are implementing their lessons at home. So, which of these measures can we learn from to reduce our carbon footprint?

Air traffic is one of the highest contributors to carbon in our atmosphere, a one hour 20 minutes return flight emits 0.24 tonnes of carbon. Experts have said travellers should restrict themselves to just one short haul flight every two to three years.

The alternative for many would be to consider a car-ferry-car journey or taking the Eurostar to the continent. The argument for travelling by plane collapses when the same trip by car and boat would produce 0.08 tonnes of carbon — less than a third of the emissions produced by a plane for the same journey.

With the stats stacking up, some experts are taking a stand. Professor Dave Reay from the University of Edinburgh is setting the best example for his children. He gave up flying in 2004 and has opted for the staycation, taking his family on trips around the British Isles instead of jet setting to the other side of the world.

They even took the ferry to Amsterdam, proving that a lack of flying doesn’t have to prevent you exploring other cultures.

One of the biggest concerns around climate change come from the plastics being dumped into our oceans. Almost eight million tonnes of plastic enter the ocean every year, which consequently destroys the environment, as well as the animal and plant life to which they play home.

More than 250 million people have engaged with Plastic Free July since 2011 to help clean up the streets and oceans, and there is plenty you can do at home too. Carbon specialist Siobhán Pereira chose to go plastic-free in her bathroom and is encouraging others to do the same. Switch your plastic toothbrush for a bamboo or biodegradable alternative for starters, as well as choosing an eco-friendly soap.

Advising people of her lifestyle change, Pereira wrote: “We’ve got so used to going into the supermarket, putting something into our baskets and coming home, but we haven’t considered what happens at the end of its life.” Supermarkets are working to reduce plastics in the fruit and veg aisle but with higher costs associated with eco choices, are we being priced out of saving the earth?

Take yourself off the grid

In a world where material possessions dominate social media channels, we often moan about intrusions into our life and crave an opportunity to put everything on hold. With everything available at the touch of a button, from switching your heating on at home before you have left the office for the day, to ordering clothes through your smart phone, technology is making everything more convenient for consumers.

Switch your oil heating for the more environmentally friendly liquefied petroleum gas (LPG). LPG produces less carbon emissions and can be used for heating your home, cooking, and heating hot water. LPG’s carbon footprint, for example is 30-40 per cent lower than coal. Therefore, choose an off grid gas supply and you will strip back the factors that contribute to a rising carbon footprint to have a telling impact on the planet.

If you really want to, you can make change happen. Take a leaf out of Dr Alison Green’s book. The national director at Scientists Warning has opted to put her house on the market to downsize her carbon footprint. She plans to grow her own food and make a commitment to running an eco-friendly house.

The options are out there, but affordability and human convenience mean we have been slow to react to climate change. After years of warnings and a lack of reaction, scientists are really pushing the boat out to demonstrate the changes we need to make to save our planet. Governments are finally starting to wake up to climate change, but until the everyday person is sold on the idea that life will be better for them, it seems we may be having the same conversations in 10 to 15 years’ time.

Posted by Jonathan Wallace at 20:49 No comments: 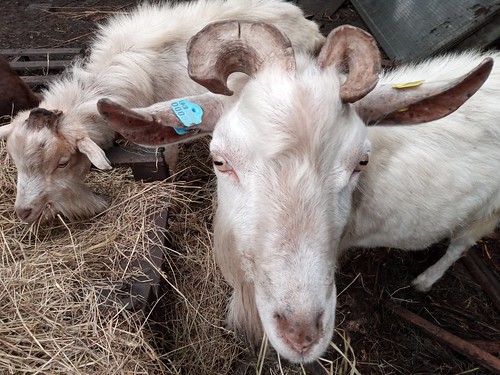 In the photo above is Snow, our biggest billy goat, taken about 3 weeks ago. His left horn was about to become ingrowing but our attempts to saw it off came to nothing. Snow was simply too big and strong to hold him while trimming the horn. We decided he needed a trip to the vet where he could be sedated and then trimmed. We booked him in for the procedure yesterday. 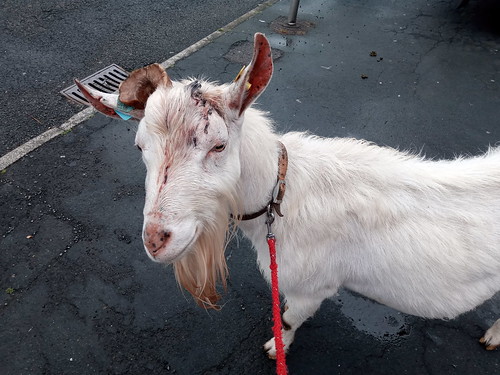 When we arrived at the paddock to collect him to take him to the vet, we found he had dislodged the horn stub and lost it! We decided to take him to the vet anyway as he had another horn stub which would eventually become ingrowing if left to itself. The procedure to trim the horn took all of about 10 seconds. It took Snow over an hour to come round from the sedative. 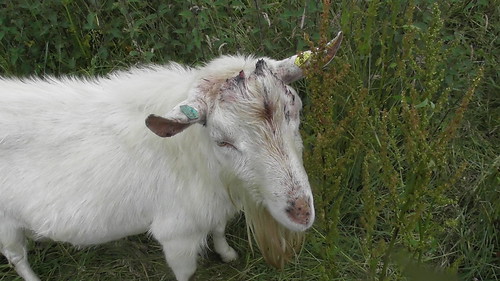 Hopefully it will not be for another two years or so before we have to o the job again.
Posted by Jonathan Wallace at 00:01 No comments: 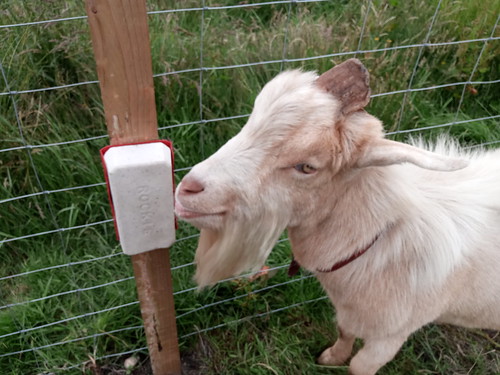 The new paddocks needed a small addition today - mineral licks. We had to ensure they were placed so that the sheep could not get to the goats' mineral lick as it contains copper. The animals certainly put them to good use. 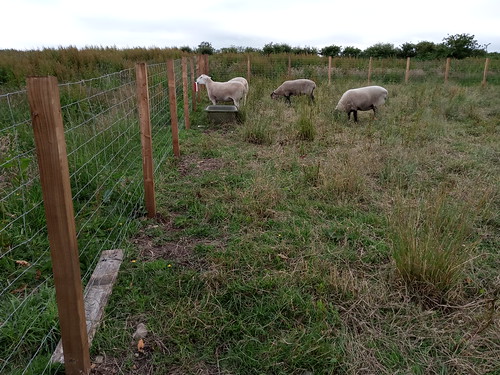 Posted by Jonathan Wallace at 23:40 No comments: