No energy crisis for us. We did a deal for firewood which will be enough to keep us warm until May next year. All for the price of half a lamb!
Posted by Jonathan Wallace at 22:28 No comments:

Chicks on the move - video

The last of the chicks hatched this year have now been adopted by mother hens. Older chicks that are now point of lay have been moved from the chick run to one of our chicken runs. All the birds have settled down as you can see in this video.

Posted by Jonathan Wallace at 23:54 No comments:

Final chicks of the year 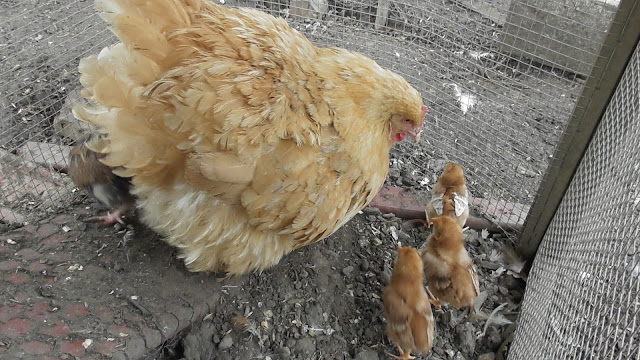 The last chicks of the year have now been adopted by a mother hen and are in the chick run. The chicks in the above picture were actually bought as the buff Orpington hen was due to get a set of chicks we had hatched in our own incubator. Due to a miscalculation by us as to hatching dates, the chicks had to go into the brooder box which also contained a hen which we had separated off because she has a lump on the side of her head. We had tried to treat the lump but our attempts were unsuccessful. She was in the brooder box to ensure she was eating properly (she was!) Our fear was that she could attack the chicks when we put them under the heater in the box but when we checked on them first thing in the morning, she had adopted the chicks and was doing everything that a mother hen should do!

So this successful adoption meant the buff Orpington, which had been sitting on fake eggs for 20 days, was going to need a new set of chicks. We were after some more Rhode Island reds so we bought 5 chicks which the buff Orpington then adopted. They are now all in the chick run.

There will be no more hen eggs hatched this year though we have discovered one of our ducks has gone broody and is sitting on some eggs under one of our hedges.

Posted by Jonathan Wallace at 23:31 No comments: 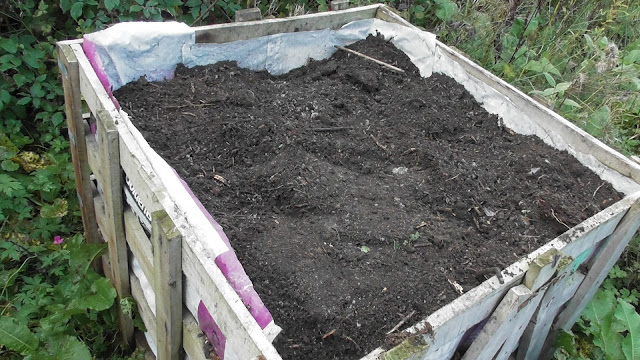 We grow lots of soft fruit on our Farside allotment but our strawberry patch is constantly being invaded by raspberries, brambles, comfrey, nettles and weeds. We have set ourselves the task of creating a series of raised beds to be planted up with the strawberries. And the other condition is that the raised beds must be built from waste and rubbish. We have just about achieved this.

The raised beds are made from paving stone boxes. These are very strong and sturdy as they are used to transport heavy paving stones. The boxes have been lined with plastic feed sacks which are stapled into place. These staples are the only items which are bought. The boxes have been filled with layers of waste - mainly from our goat and hen houses. Some but not all of this muck has been partially rotted down. Ther are also layers of garden waste and cardboard. This material will rot down slowly, gradually releasing nutrients on which the plants in the raised beds will feed. The final layer is fully rotted down garden compost.

We have so far created three raised beds. We have about another 17 to go. 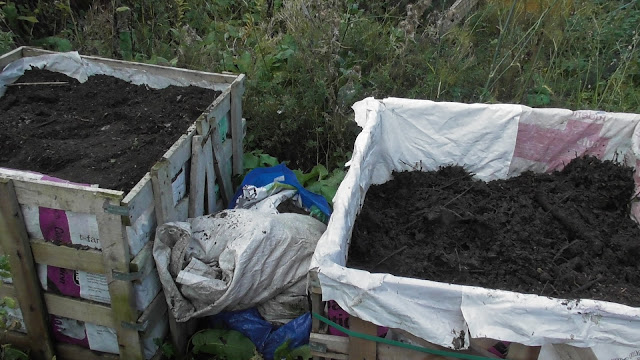 Posted by Jonathan Wallace at 23:06 No comments: