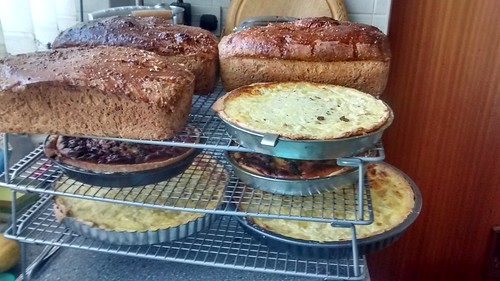 To save fuel on the oven, I try to do my baking at the same time. On Thursday I therefore had a baking day: 3 loaves of bread, 3 goat cheese flans and 2 blackberry flans. 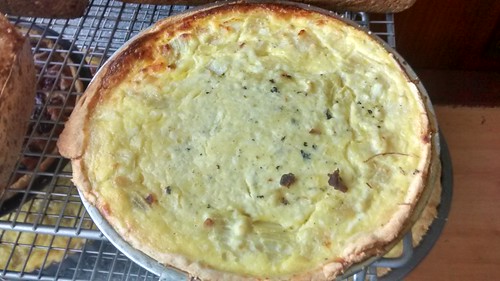 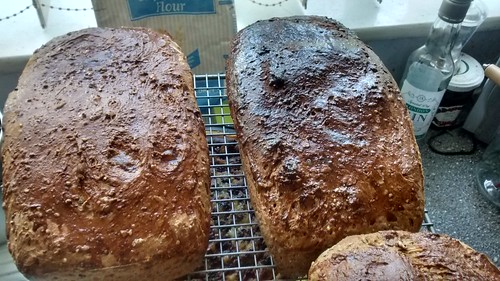 I use goats whey rather than water to make the dough for the bread. 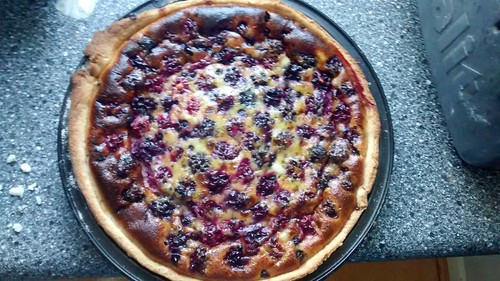 Posted by Jonathan Wallace at 12:26 2 comments: 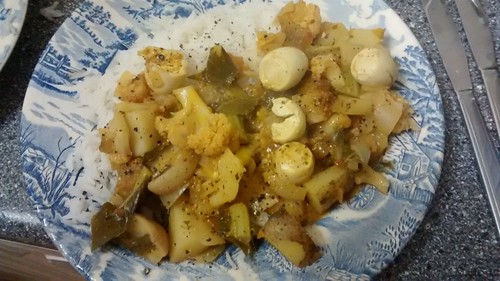 With so many being laid this month and with no markets for a few weeks, we need to use up what is now a glut of quail eggs. Curry seemed a good idea so I made up a batch with some spare vegetables and 24 quail eggs. I have to confess that the curry sauce came from a jar and therefore cannot be counted as self-sufficient. Nevertheless, the curry was fine. Expect a few more experiments with cooking quail eggs soon.
Posted by Jonathan Wallace at 12:22 No comments:

A record batch of quail eggs 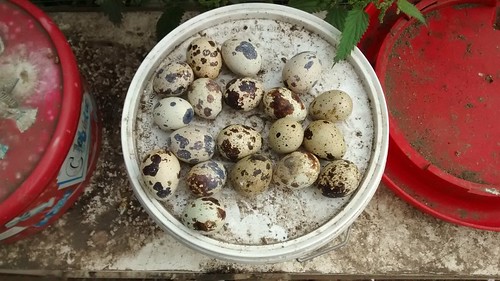 There were 19 quail eggs waiting to be collected yesterday morning from the quail house. That's a record for us. It probably means all the quail hens hatched in May are now laying.
Posted by Jonathan Wallace at 12:17 No comments:

Back on the milking stand 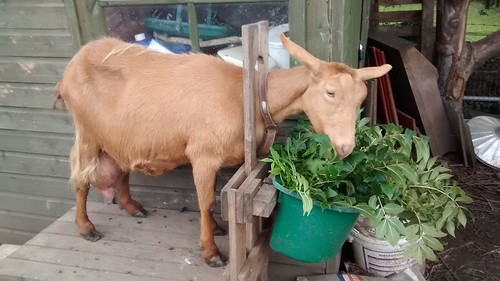 Since we started milking Pinkie again in May, she had refused to use the milking stand. We therefore milked her in the goat shed. Recently however she climbed onto the milking stand on occasions through the day. I started to feed her there and now she has decided this is the place to be milked. That makes life a great deal easier for us, especially for David who uses the milking machine which needs a bit of gravity to draw off the milk.

She still loves ash leaves so we give her a large pile of them each evening to eat whilst being milked.
Posted by Jonathan Wallace at 23:45 No comments:

Taking the chicks for a walk 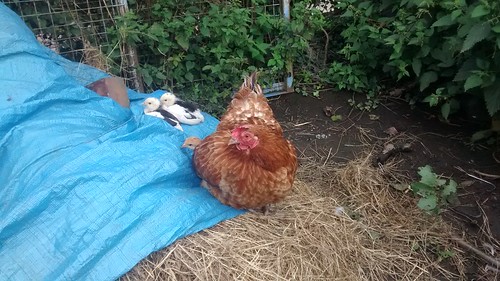 Whilst I was away earlier this month, Ginger, our perennial mother hen, hatched 3 eggs. Another 3 were hatched at the same time in one of our incubators though one subsequently died. The 2 survivors were given to Ginger to adopt. Initially, Ginger and chicks were kept in the quail house but too many quail eggs were getting broken. When I returned, I moved her out of the quail house and she now lives on the allotment with her chicks and the other hens. Our initial concern was that the chicks would be vulnerable to vermin. This however has not been a problem. Ginger is protective and discourages other chickens from getting too close. However, when it's feeding time, the chicks have learnt fast to pile in with all the other chickens.
Posted by Jonathan Wallace at 19:05 No comments: 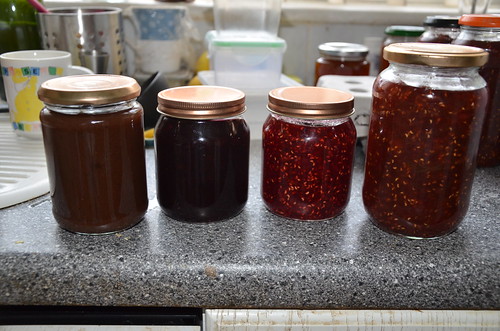 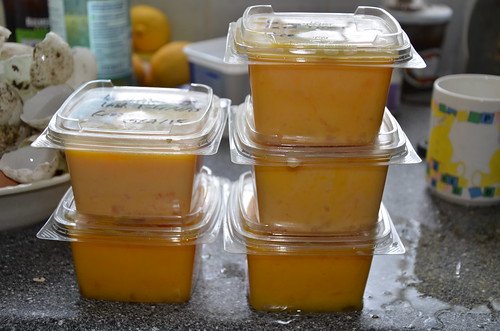 What to do with a glut of eggs? I will pickle some of them soon but in the meantime, I have been cracking them open, beating them and then freezing them in tubs, 6 at a time. Looks like we will be having omelettes throughout the winter as well.

We still have lots of eggs so watch out for posts about meringue making in the near future.
Posted by Jonathan Wallace at 16:37 No comments: 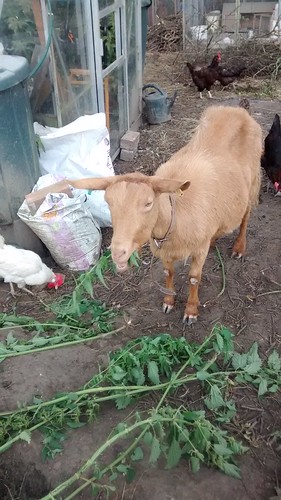 Pinkie continues to enjoy her food. She has now taken a liking to fresh nettles. We have plenty of them on the allotment and she regularly chomps away at them. Those she doesn't eat will be chopped back and dried for winter fodder. 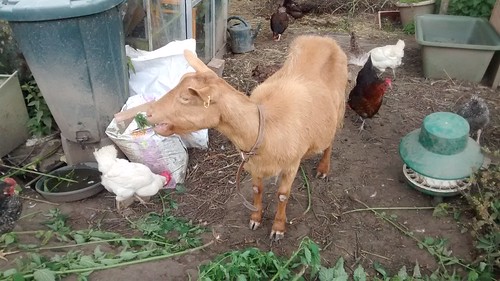 Posted by Jonathan Wallace at 16:30 No comments: 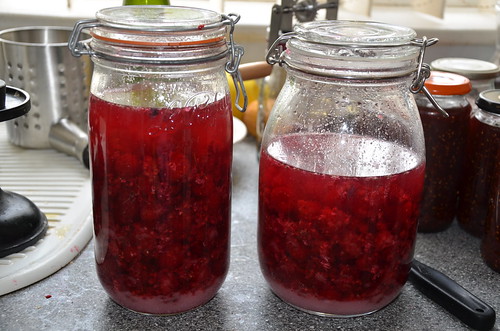 Our recent raspberry crop has gone into jams and flans. Some went into the freezer and will be used at some point in ice cream making. But some have also gone into making raspberry gin. We have a couple of large jars sitting in our wardrobe. They will remain there for another 3 months before being strained and bottled.
Posted by Jonathan Wallace at 16:24 No comments: 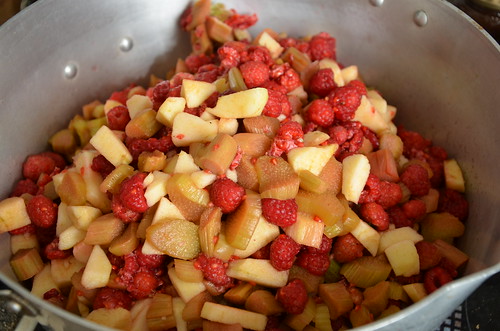 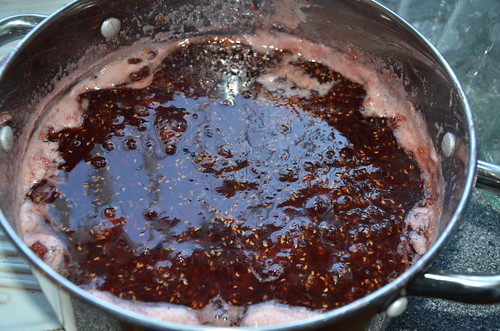 It's the jam making season and among the recent jams made was raspberry and rhubarb. They are a great combination with the sweetness of the raspberries balancing the tartness of the rhubarb. It's great on my toast in the morning. Apple is added to provide pectin to set the jam. 15 large jars were made and 3 have already been swapped. 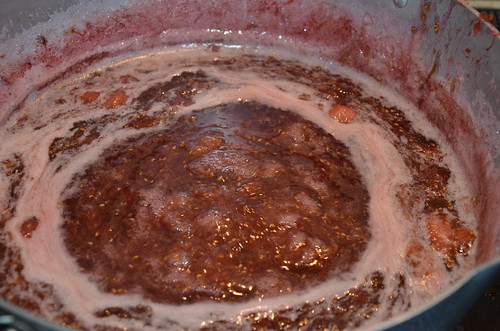 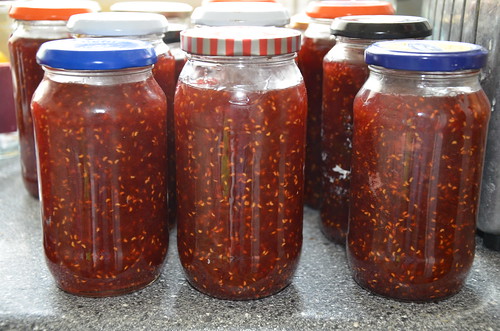 Posted by Jonathan Wallace at 16:18 No comments: 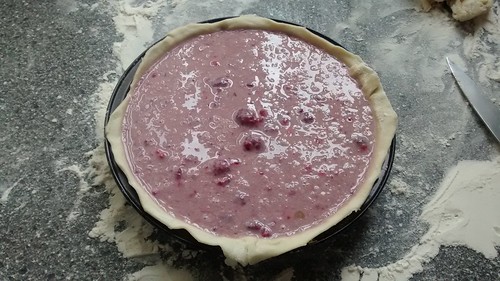 I've been away since the end of July in London, the USA and Paris, hence the absence of any posts over the past month. So I've got some catching up to do. I'll start with some photos taken before I went away and over which I ran out of time to post before jumping on the train to London.

Here is the first.

I recently made a batch of flans to use up a glut of soft goat cheese and milk and some duck eggs. I also had some raspberries. All these were mixed together along with a sprinkling of sugar to create a filling for a raspberry flan.  The end result was great. There will be plenty of blackberries ripe for picking shortly so I'll be doing a blackberry version of the flan as well. 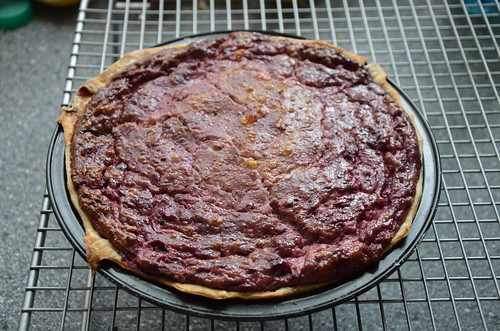